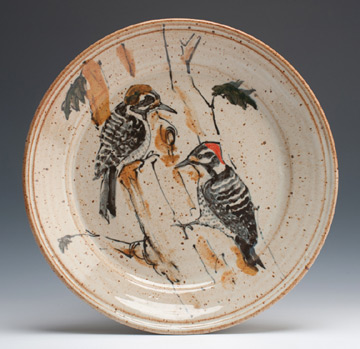 When I was a kid, we had a wood stove in the kitchen, and a coal-burning furnace in the basement.

Well, I say coal-burning, but in fact I only remember one or two years when we bought coal for it. Mostly, we burned wood.

Our stony, glaciated Central Wisconsin farm had a lot of land that couldn't be cleared and plowed. Some of it was left as pasture for the dairy cows. Some was your basic swamp and marsh, also grazable during the driest part of August. But a lot was left as woods.

We had maple, red oak, white oak. Newer stands of poplar and birch. A couple of big white pine trees that had somehow survived from the original first-growth forests. Apple trees planted by early settlers, and replanted by cows.

We hunted them for deer and squirrel, harvested saw logs for lumber and smaller ones for fence posts, cut up tops and windfalls for firewood. With Wisconsin winters being what they are, we spent a lot of time in the woods cutting firewood.

I loved the silence in the trees, an echoing stillness broken by the chainsaw's roar, the thwock! of the splitting maul, and the staccato hammering of woodpeckers. We mostly saw red-headed woodpeckers, bright round heads and striking black and white bodies showing up well against the dark bark. Occasionally, we'd spot the downy or hairy variety as well, though we never got close enough to tell which.

I chose the Downy Woodpecker (or Hairy. I still can't tell them apart) to paint on pottery, after a special order from California for a related species, Nuttall's woodpecker, on a platter. I paint them on tall mugs, pie dishes, and dessert plates, and remember fondly the rat-a-tat-tat echoing through the trees.