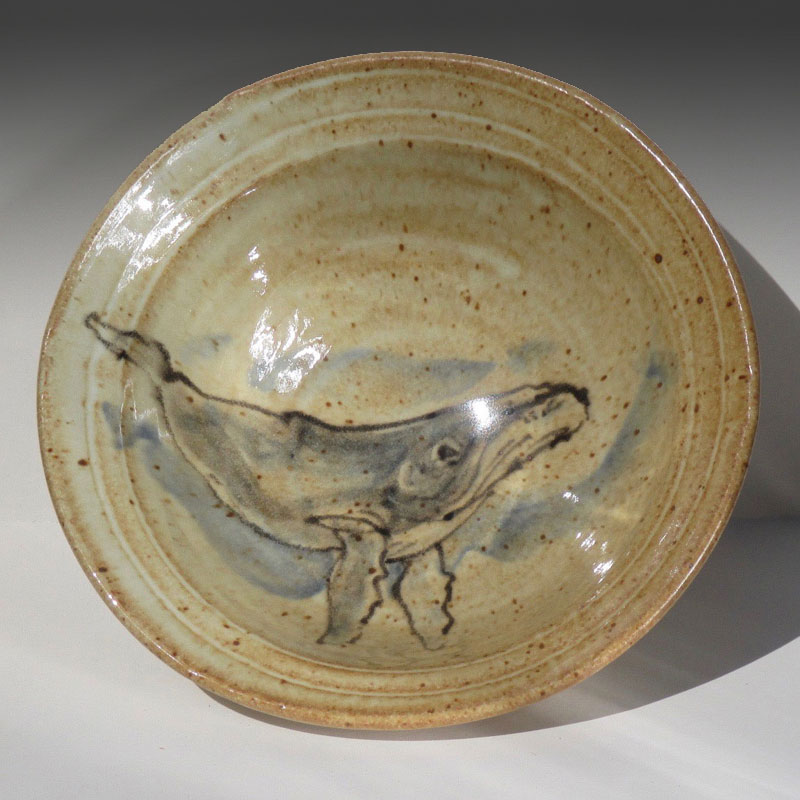 One of my biggest thrills, as a Wisconsin boy moving to Oregon for graduate school, was the chance to see the ocean. I mean, I'd seen Lake Superior, visited Split Rock Lighthouse, but that paled in comparison to the real thing.

I took a circuitous route, driving out from La Crosse, with side trips to Glacier National Park (past, actually. They'd had two feet of snow Labor Day weekend, so I made a hasty retreat), Tuscarora Pottery School, and the south San Francisco Bay area, visiting an old friend from college.

It was while visiting Barb that I saw my first sea otter; saw rows of sea lions basking on the lower levels at fisherman's wharf in Monterey; watched in amazement as waves rolled in from across the Pacific.

But I didn't see my first whale until Oregon.

I'd been in grad school for a couple of quarters, staying pretty close to Eugene, but when someone said "Whale watching," I was hooked.

I drove down to Newport, stopping at every overlook along the coast highway, but without binoculars, or, really, a clue what I was looking for, all I saw was waves. So I bought a ticket on a whale-watching tour.

I don't remember much about the boat, except it was mostly white, and didn't pitch or rock much more than a hay wagon, so I kept my footing and my lunch. The sea was all glassy and rolling, and then suddenly, a humped back rolled up out of the waves, and back under again. We followed for a good half hour, watching the back, occasionally catching a glimpse of the flukes. Never had the classic tail-up experience, but I still have, somewhere in my desk, an envelope of 35 mm prints of glossy grey back in grey-green waters.

I don't know that I'd do it again--these days, whale-watching feels more like wildlife harassment than eco-tourism--but it was an unforgettable experience, one I've only occasionally brought into my pottery. So far, the current incarnation only has humpback whales on dessert plates, but I suspect they'll migrate onto pie plates or baking dishes at some point.

Unless, of course, it's just a fluke.