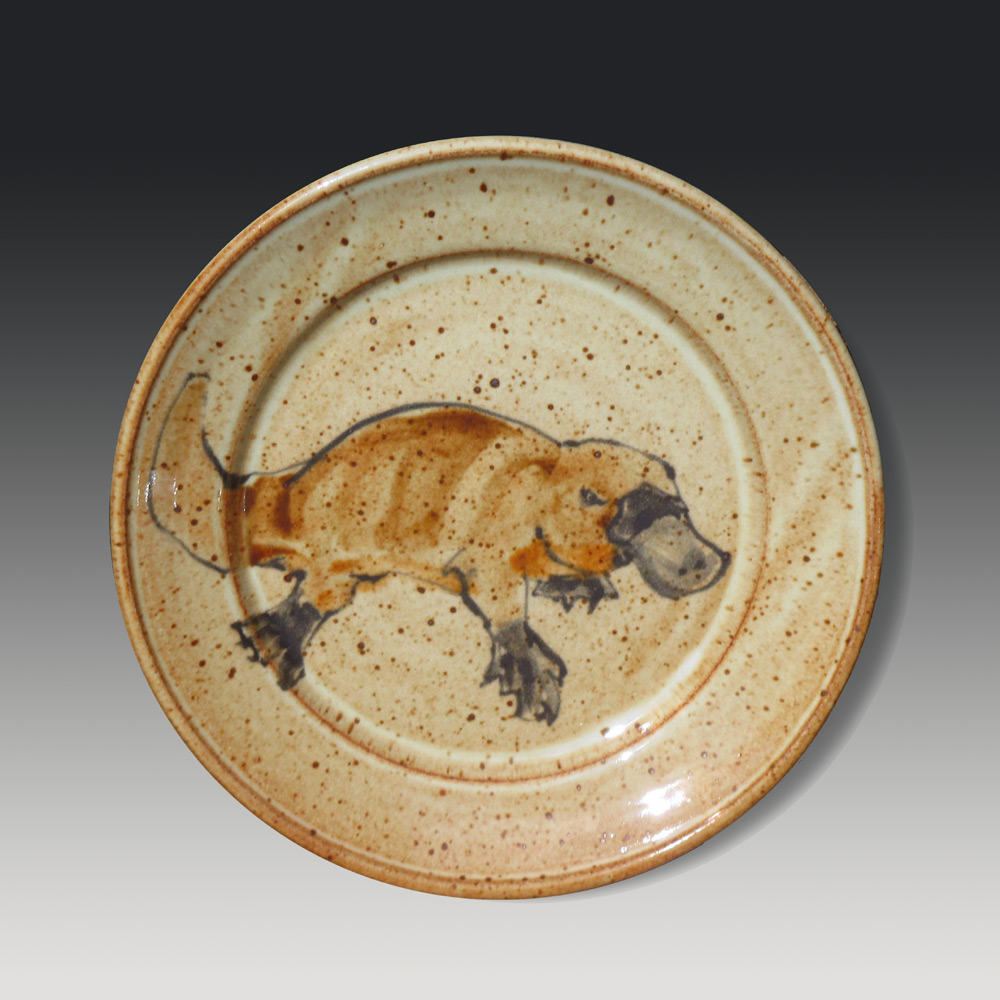 Pattern of the Month:

I was in the studio, minding my own business, when a family tour came through: fellow potter Michiyo, her husband Andrew, and relatives from his native Australia. I was glazing pie plates at the time, and because I'm a show-off, I quickly drew a koala for their amusement.

Everyone was suitably impressed, and Andrew asked if I'd ever done a platypus. I said no, I'd never been asked. Oh, you take requests? he said. I'd love a platypus plate for my office.

Platypuses (platypodes? Is it like "octopus" where the "pi" ending confuses Latin with Greek?) are amazing. They're Monotremes, egg-laying mammals. The female doesn't have mammaries, just modified sweat glands that produce milk for their babies to lap up. And the male has venomous spurs on its hind legs. (Though they only produce venom during breeding season. And you thought the human dating scene was tough.)

They're also extremely fun to paint, with the oversized bill, webbed feet and super-sleek tail. I've only painted two so far, Andrew's dessert plate and another that quickly sold at a fair last weekend, but I'll definitely do some more in the future, probably also on plates.