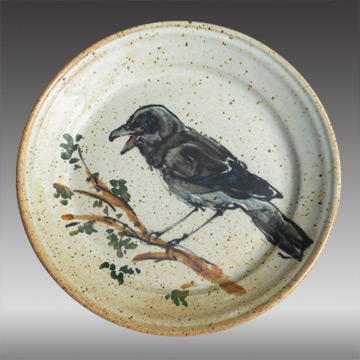 I remember reading an article back when I was a teen--probably in a Field and Stream magazine--that crows are smarter than the average bird. In fact, they're able to count.

The author passed lightly over how they discovered this amazing fact in favor of a long, convoluted tale about shuffling hunters in and out of a shooting blind in such a way that the crows couldn't tell whether anyone was still left inside hunting. Since my dad had an ironclad rule--you don't shoot anything unless you intend to eat it (remind me to tell you how raccoon tastes sometime)--I was more interested in the fact that this ordinary bird could keep track of numbers objects, apparently by ordering them in groups of three. Cool, I thought. Then promptly forgot about it.

Years later, I discovered counting rhymes: One for sorrow, two for joy, three for a girl and four a boy. They seemed to be popping up everywhere I looked, songs by Jeffrey Foucault and Seanan McGuire, Terry Pratchett's Discworld novel Carpe Jugulum, even an alt.country/Americana band. There are dozens of them in folklore, and they seem to prefer to count corvids for some reason: magpies, rooks, ravens, and, yes, crows.

I'd just started painting crows on pots, a request from my brother David. One of his co-workers was part Cherokee, and the crow in their tradition is a bird of good omen, a sign of luck (unlike it's cousin the raven here in the Northwest, who's a trickster and a nuisance, trouble on the wing).

I've lost count how many I've done since then, on tall mugs mostly, or the occasional pie or dessert plate. It's an occasional pattern; consider yourself lucky if you find one in stock.