Ain't Nobody Here But Us... 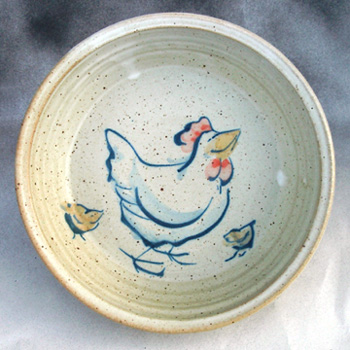 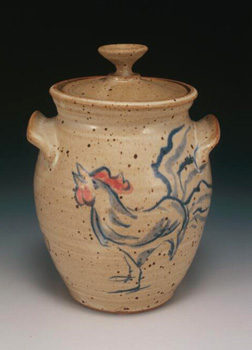 Ever wonder how summer became the time of the chicken barbecue? I have a theory...


We butchered our own meat on the farm when I was growing up; in fact, we butchered a lot of other peoples' meat as well. Grandpa Gosar was a butcher's apprentice in the Old Country, and my Dad learned how to cure bacon and ham and sausages from him. Whenever one of the neighbors had a cow or pig to slaughter, they gave Dad a call.


The thing about pigs and cows is that they're big. They need to hang for a while to cool down before you can cut up the meat. And on a farm with no such thing as a walk-in cooler, that meant you butchered them in fall, after cool weather set in and flies were gone. The same is true for venison, but that's also because deer season in Wisconsin is the last week of November.


In any event, no matter how much meat you smoked or froze in October, November, even January, by July you were down to the last pack of liver or blood sausage.


Fortunately, 'round about April the baby chicks arrived from the hatchery, cardboard cases filled with air holes, little eyes and beaks and downy faces peeping out. And peeping. They used to be delivered by the mailman, though now days I think they use UPS. By late June or early July, while the Leghorn hens were still too little and skinny to produce any but the tiniest of eggs, the Hampshire Red, Cornish Cross or Mixed Heavy roosters were getting big enough to be taken very seriously by a large farm family that's been eating cheese and eggs and freezer-burned liverwurst for the last several weeks.


Time for the hatchet, the block, scalding and plucking and the home-made barbecue pit, stacked out of red brick and old oven racks. And you know what? They really do run around like a chicken with its head... oh, never mind.


So summer's Pattern has to be the noble Chicken: Roosters and Hens show up on virtually everything we make: soup and toddler and serving bowls; mugs; dinner, dessert and pie plates, platters and pasta bowls; baking dishes and casseroles, cookie jars and pitchers, French butter dishes and even the occasional teapot.

Sometimes I think the sign over the booth should read Whimsical and Functional Stoneware Poultry. Can't get enough chickens? Check out the ancestral ur-Poultry, the Jungle Fowl.